Discover the Breakthrough Approach That Works for Conscious Women

Register now to reserve your seat for this groundbreaking FREE TRAINING with Claire Zammit, Ph.D. and Arielle Ford on Monday, January 30th:

Your registration includes a free subscription to our Feminine Power and Evolving Wisdom e-newsletters. We respect your privacy. Your information will never be shared or sold. For more information see our Privacy Policy.
FREE TRAINING
Claire Zammit, Ph.D.
Founder of Feminine Power
Arielle Ford
Bestselling Author of The Soulmate Secret

“Arielle Ford weds ancient wisdom and modern concerns to create the formula for a sustainable, loving relationship for years to come.”

Bestselling Relationship Author of all time

“For single, conscious women seeking to manifest a conscious partner for a lifetime of love and happiness, my friends Arielle Ford and Claire Zammit are the “go-to” experts in the field.”

“Claire Zammit and Arielle Ford are both women I turn to for wisdom and counsel. I have great admiration for their deep understanding of relationships.”

Real and LASTING Love with a High-Quality Partner is Possible for You! Join us to Discover the BREAKTHROUGH Approach that Works for Conscious Women to FINALLY Attract the Intimate, Passionate Loving Relationship They Deserve…

Even if you think it’s Too Late, or You’re Too Powerful, Too Damaged, Too Overweight, Too Old or There’s “No Good Men” Out There.

Join us in our virtual “temple of love” for this content-rich seminar where you’ll discover how you can get unstuck and become magnetic to the right partner and create lasting love… finally!

Thanks to Claire and Arielle not only have I found ‘a man,’ I found The Man. I’m head-over-heels, flat-on-my-face, jaw-on-the-floor drooling in love with the most intelligent, handsome, psychologically stimulating, intellectually challenging, sexiest man I could ever dream of…”

As a result of what I learned from Arielle and Claire, I just got engaged last night to the wonderful man I attracted into my life! Your insights and wisdom made a huge difference. It worked! I am grateful!” 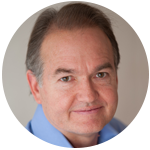 Arielle and Claire are the ‘go-to experts’ in the field!”

Research shows that having the kind of partnership where you feel this depth of love and life-long commitment couldn’t be more important—it is the #1 key to happiness, health, well-being, longevity and thriving across your entire life.

Imagine finally being with someone who can “meet you”—and feeling deeply seen, supported, cherished and adored…

Imagine finally having a place to land at the end of a hard day… someone to share your wins with, and who is there for you when life gets rough…

Someone who can be your full partner in all areas of life, whom you can respect and count on for advice and emotional support, and whose happiness is as important to you as your own…

And if you’re on a path of personal growth and spiritual development, there’s no greater catalyst for healing and transformation than sharing your life with a life-partner!

There are few women alive today who have done more to empower conscious women to actualize their potential and realize their destiny than Claire Zammit, Ph.D. In her two decades as a transformational teacher and leader, Claire has shared her life-changing Feminine Power principles and practices with millions of women around the globe.

Her groundbreaking doctoral research on the underlying obstacles blocking intelligent, conscious, women from stepping into their greatness has been praised as a seminal contribution to the advancement of women in this century.

Over 40,000 women from more than 100 countries have graduated from her innovative online Feminine Power Academy, and her Feminine Power Professional Certification Trainings have trained hundreds more to create fulfilling, impactful and successful careers as transformational coaches, facilitators, and leaders in their fields. She is fast becoming known as the “mentor of mentors” for gifted, conscious women.

In addition to building the Feminine Power global community, Claire is also a wildly successful conscious entrepreneur. In 2010, she co-founded Evolving Wisdom, LLC, which, under her leadership, rapidly grew to become one of the world’s most successful online transformational learning enterprises. In 2013, Evolving Wisdom was ranked #83 on the Inc. 500 list of America’s fastest-growing private companies, and since its inception, it has generated over $50 million in revenue and reached millions of people from more than 180 countries.

A dedicated philanthropist, Claire’s personal contributions and fundraising efforts have been hailed as a major catalyst for the growth of the Girl Power Project which is on track to bring self-esteem and leadership training to over one million low-income girls in Uganda by 2020.

Claire is an active member of Jack Canfield’s Transformational Leadership Council and was the recipient of its Achievement Award, and is also a participant in Deepak Chopra’s Evolutionary Leaders Forum. She is also the recipient of the Just Like My Child Foundation Women’s Leadership Award.

She holds a Ph.D. in Transformational Learning & Change from the California Institute of Integral Studies, and lives in Berkeley, California with her husband of eleven years, spiritual teacher Craig Hamilton.

Arielle Ford is a leading personality in the personal growth and contemporary spirituality movement. For the past 30 years she has been living, teaching, and promoting consciousness through all forms of media. She is a celebrated Love and Relationship expert, author, speaker, and co-creator and host of Evolving Wisdom’s Art of Love series. Her mission is to help women Find Love, Keep Love and Be Love.

Arielle is a gifted writer and the author of eleven books, including the international bestseller THE SOULMATE SECRET: Manifest The Love of Your Life With The Law of Attraction (published in 21 languages and 40 countries).

She has also written many other groundbreaking books, including Turn Your Mate Into Your Soulmate: A Practical Guide To Happily Ever After and Wabi Sabi Love: The Ancient Art of Finding Perfect Love in Imperfect Relationships. Her latest book is Inkspirations Love By Design: Coloring the Divine Path to Manifest Your Soulmate, the world’s first transformational coloring book.

A long-time “Student of Love,” Arielle regularly presents workshops in countries around the world including England, Germany, Italy, Mexico, Kuwait, Canada, Romania, Ireland, Austria and Bali, as well as at personal-growth centers such as Omega Institute, Kripalu, The Chopra Center, Esalen, Alternatives in London, AwesomenessFest, Celebrate Your Life, and many other prestigious venues.

Arielle has been called “The Cupid of Consciousness” and “The Fairy Godmother of Love.” She lives in La Jolla, CA with her husband/soulmate, Brian Hilliard, and their feline friends.