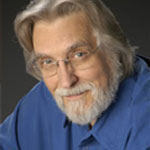 Author of Conversations with God

Neale Donald Walsch has been a newspaper reporter and managing editor, a radio station program director, public information officer for one of the nation’s largest public school systems, creator and owner of his own advertising and marketing firm, and a nationally syndicated radio talk show host. After “retiring” from his career in communication arts, he began to pursue his vision of a world in which people no longer live in fear of God, or of each other.

Neale is a modern-day spiritual messenger whose words have touched the lives of countless people around the world. He has written more than 25 books on spirituality and its practical application in everyday life, including the multimillion-selling With God series: Conversations with God, Books I–III; Friendship with God; Communion with God; The New Revelations; Tomorrow’s God; What God Wants; and Home with God. The titles have been translated into 37 languages, and seven of those books reached the New York Times Bestseller List.

He is also the creator of several outreach projects, including the CWG Foundation, CWG for Parents, Humanity’s Team, the Changing Change Network, and The Global Conversation, all accessible at the CWGPortal, and all dedicated to help the world move from violence to peace, from confusion to clarity, and from anger to love.

Neale has a home in southern Oregon where he lives with his wife, Em Claire, who is a working poet. They travel extensively throughout the world, speaking to audiences and sharing the messages of the Conversations with God material. His newest books are When Everything Changes Change Everything, The Only Thing That Matters, God’s Message To The World: You’ve Got Me All Wrong, and Conversations With God for Parents: Sharing the Messages with Children.

Terry Patten is the founder of Integral Spiritual Practice and is a vital, leading voice in the fields of integral evolutionary practice, leadership, and spirituality. He speaks and consults internationally, inspiring, challenging, and connecting leaders and institutions worldwide.
» Read More

Craig Hamilton is a pioneer in the emerging field of evolutionary spirituality. In his inspired writings, talks, and teachings, he calls us to awaken beyond the confines of the separate ego and dedicate our lives to the further evolution of consciousness itself.
» Read More

Claire Zammit is the co-creator of the Feminine Power courses and co-leads a thriving community of thousands of women throughout the world. Claire is a specialist in transformative education with a unique gift for designing and delivering dynamic, leading edge programs.
» Read More

Co-founder of the Human Potential Movement

Dr. Jean Houston, scholar, philosopher and researcher in human capacities, is one of the foremost visionary thinkers and doers of our time, and one of the principal founders of the Human Potential Movement.
» Read More

Author of The Soulmate Secret

Arielle Ford is a nationally recognized publicist and marketing expert, producer, author and consultant. She has catapulted many authors and celebrities to stardom and enormously facilitated the rapid growth of the self-help and human potential movements in the U.S.
» Read More

Tammy White has been a leader and business owner in the mortgage industry for over 20 years, building one of the most successful real estate brokerage firms in San Francisco.
» Read More

Lynne Twist first came to public prominence as the chief fundraiser for The Hunger Project, where she raised over 200 million dollars in the course of her tenure.
» Read More

Amy Ahlers, also known as the “Wake-Up Call Coach,” is the bestselling author of Big Fat Lies Women Tell Themselves and Reform Your Inner Mean Girl: 7 Steps to Stop Bullying Yourself & Start Loving Yourself.
» Read More